First stop: Santa Monica! Honestly we only planned to go here first because we wanted to relax for a couple of days to recuperate from our tiresome journey from Australia. Being a stranger to the States, most of my expectations were built from what I had witnessed in American television- which we have a lot of by the way. I was particularly eager to see the Santa Monica Pier and to experience a 4th of July in America because I was sure that would signify plenty of celebrations. And it really did-until 6 in the morning actually, when I finally fell asleep.

Despite the impressive 4th July shenanigans I enjoyed, my preferred experience in Santa Monica was walking down the main street at night at an outdoor mall area. I was lured in by the shop signs stating brands I had only seen online, and found myself continually stopping to admire the beautiful street performers. Not to mention the wonderful smells coming from the restaurants. Everyone was so friendly to us, and I don’t know whether it was because we were so conspicuously foreign and never appeared as though we had our bearings. The atmosphere was buzzing and the environment was incredibly pleasant- and so clean! Unfortunately it wasn’t as warm as we anticipated it would be, as we found it a tad cool for beach weather, but we established that there are more interesting sites to experience rather than just the Santa Monica Beach. 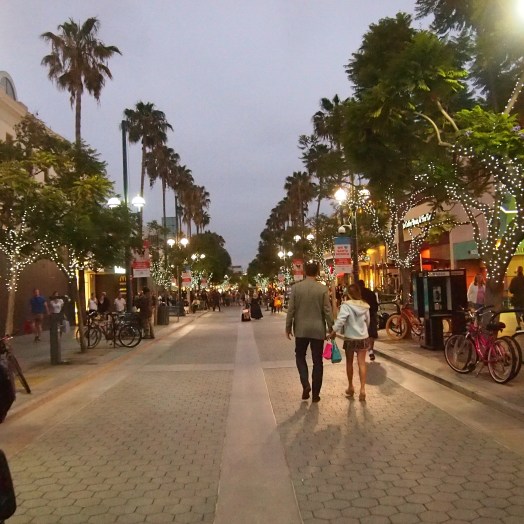 Two days was not nearly enough, and I wasn’t able to spend enough time taking photos of all the pretty sights because I had left my camera’s memory card at home (not clever, I finally found one at Target). I was able to however get over the jet lag and build up my strength for New York, but I will elaborate in the next blog post. I wish we had more time in Santa Monica, but I’m happy to have personally experienced for the short duration it as it had an extremely unique and cool atmosphere.

Stay tuned for more updates and photos. Also feel free to follow me on insta at ilikeyourshirt_blog ! x

One thought on “Sights in Santa Monica”