When I was five, my eyes would be glued to the television during the ‘Can’t get you out of my head’ video. I admired Kylie’s array of cheeky outfits (who can forget that white number that resembled a bed sheet) and exciting choreography accompanying the infectious beat. To me she has always appeared as a cool, sexy princess who would know what to do in any situation, and I think that was conveyed through the fabulous costumes she wore while performing.

I was able to see plenty of her incredible costumes at the Melbourne Arts Centre ‘Kylie on Stage’ exhibition where admission is free. It showcased outfits from her first tour in 1989 and until her Kylie Aphrodite Les Folies in 2011 – and it is clear that costumes have been a big thing with Kylie. Every tour had a specific theme, and the gorgeous outfits expressed the theme she wanted to capture with the help of powerhouse designers Jean Paul Gaultier, Dolce and Gabbana, Karl Lagerfeld, John Galliano and Australian designers Peter Morrissey and Mark Burnett. Some of the costumes were eccentric and loud, others were glamorous and classy, and others resembled an ancient Greek goddess. There is one thing for sure: a pop princess must always have an out-of-this-world wardrobe.

Here are just some of her beautiful and bold outfits featured in chronological order. 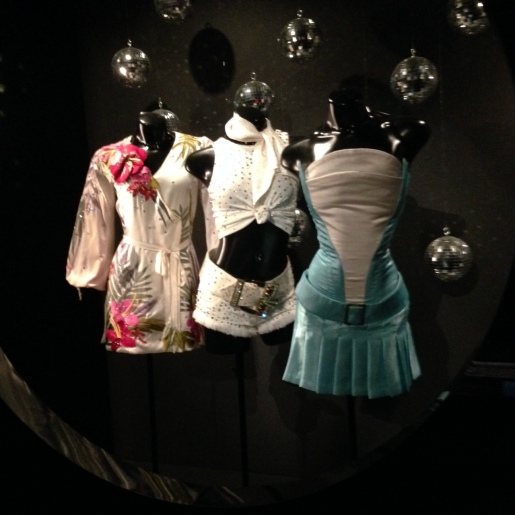 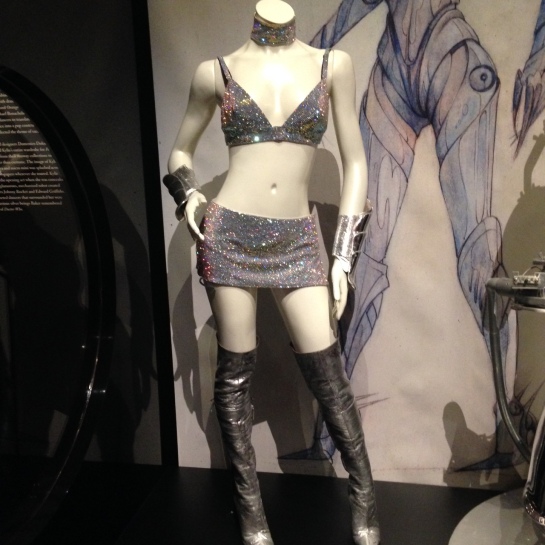 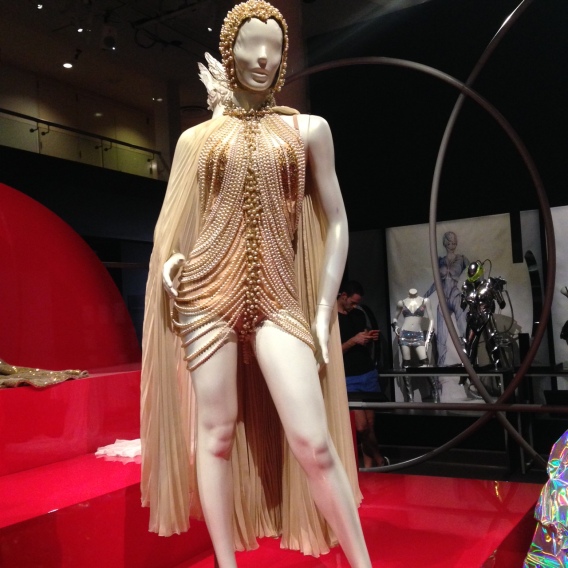 When I was enviously staring at these creations, it was like I was a child again. Some of these outfits were constructed out of the most exquisite fabrics and embellished by Swarovski crystals and stunning pearls. I would literally do anything to try on some of these pieces, just so I could feel like a highly successful pop princess. Oh well, maybe in my next life.

The Kylie on Stage exhibition only runs until January 22 at the Arts Centre Melbourne, so make sure you see it before it leaves! x